In 1915 Fritz von Pilis came to America. He had been a member of the colonization bureau of the German Government maintained to Prussianize Poland, and later an emigration agent of the North German Lloyd.He posed here as an anti-German Austrian who desired to give the American public the "true facts" of Germany's intentions in the war. He approached the Sun, offering it the following brief of a volume written in late 1914 by a Prussian Pan-German, provided he (von Pilis) be allowed to write a commentary to accompany the outline. His offer was not accepted, for the Sun saw him in his true light of Prussian propagandist sent here to spread the gospel of might which is preached in the book.The brief is offered here as an authoritative platform of Germany's aims by conquest as the Pan-German party saw them after a few months of war. Many of these aims have already been achieved. 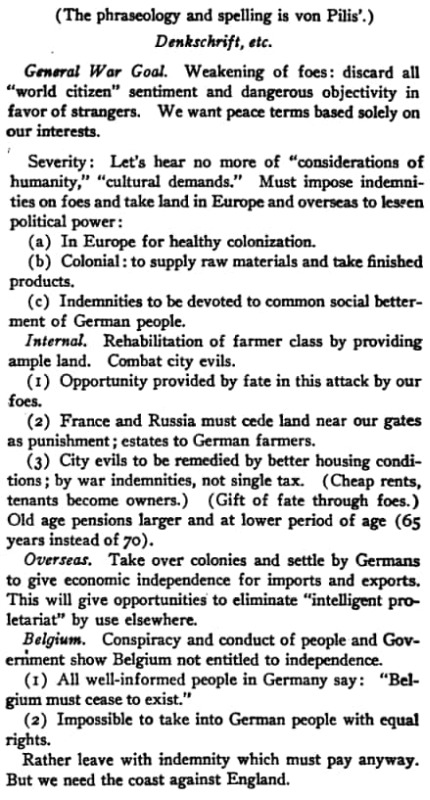 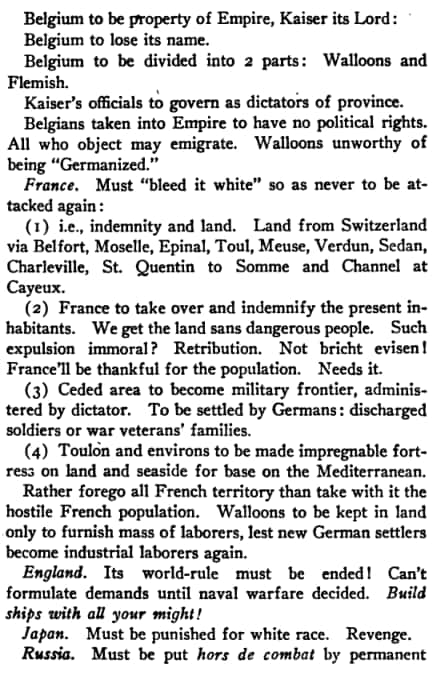 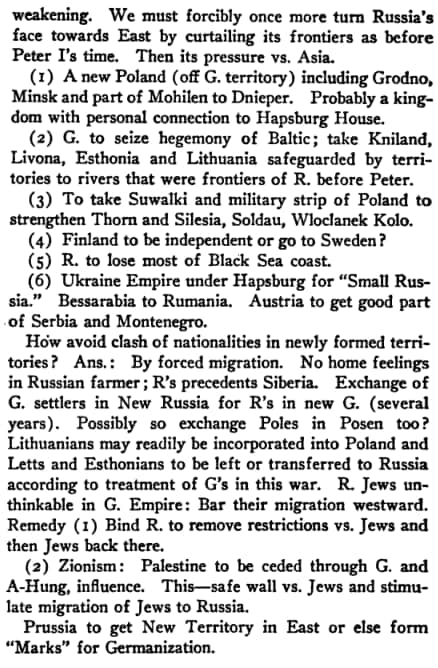 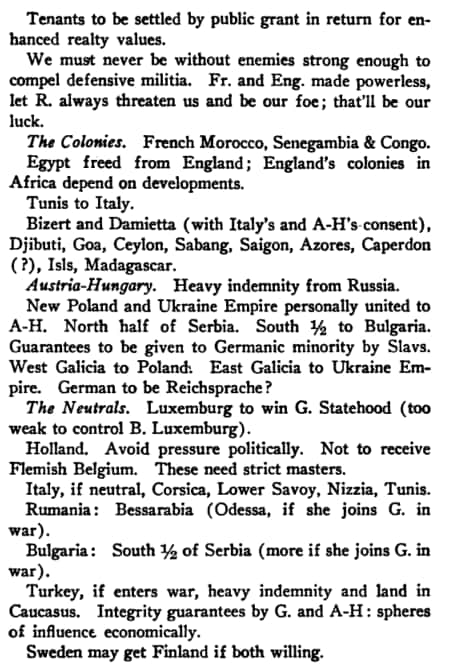 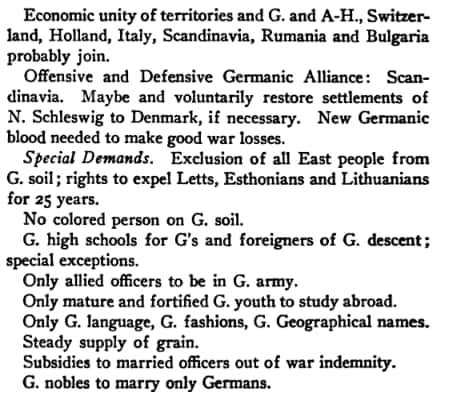 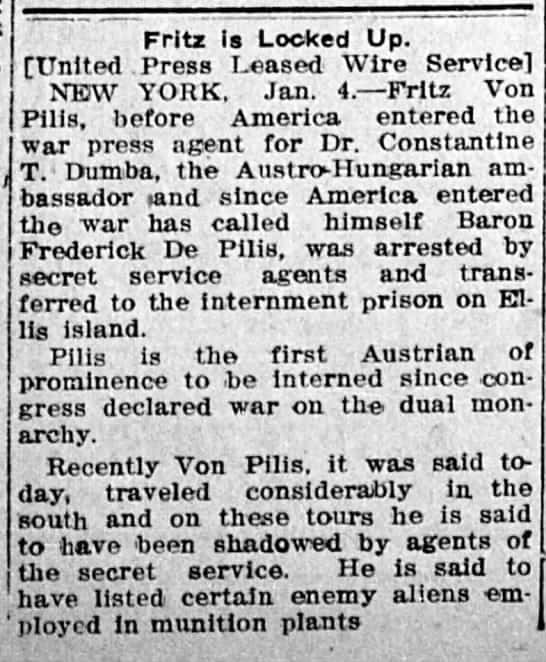 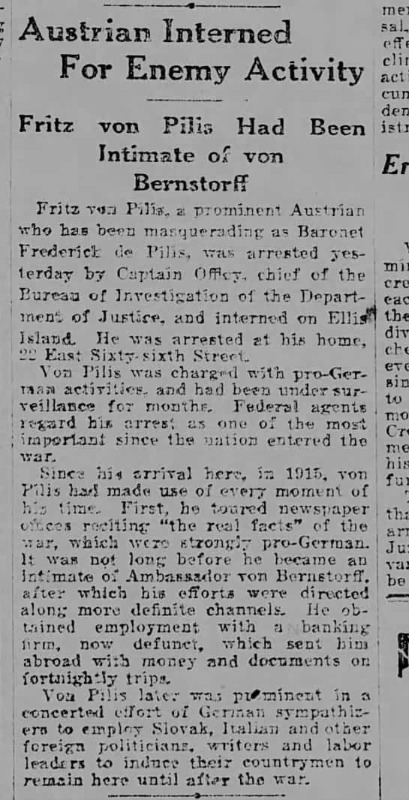