In one of the regular inner yards of multi-stored buildings in St. Petersburg there is a whole collection of Middle-American Mayan statues standing under open air and not protected by anybody, left all by themselves.

The story of them appearing there starts in 19th century when Academy of St. Petersburg sent a group of explorers to Middle America. They visited through all of Yucatan, collected different things for St. Petersburg's museums. By the way they noticed and bought a set of Mayan idols from Chichen Itza ruins. Upon the return of expedition smaller objects were placed into museums but nobody has found a good place for those Mayan statues and they were left all by themselves in the back yard, dug into ground.

A few years passed and Soviet Revolution happened, all the museums were messed up, all the buildings were nationalized by Soviets and were used for a totally different purpose then before. In many churches warehouses were founded as the result of total atheism of new Russian authorities, and many museum were turned into something else as a result of ignorance.

So hundred years passed and those 1500 year old Mayan deities stand, abandoned and not worshiped by anyone except accidental Russian teens searching for a place to have a beer outside in some public backyard.

The tombs contain an elaborate funerary architecture of stone corridors, columns, sarcophagi and large impressive statues depicting gods or supernatural beings, an expression of the link between deceased ancestors and the supernatural power that marks the institutionalization of power in the region.

While the Kunstkamera is home to some of the strangest anatomical phenomena known to man, even stranger are some of the stories and legends emerging from the museum.

One of the most famous includes the preserved head of Mary Hamilton, a Royal Mistress of Peter the Great. Unfortunately, Mary was executed in 1719 for aborting her child. Her head, however, was preserved in a jar of preservative-alcohol. Today, you will not be able to find the mistress’ head anywhere in the museum — during the Russian Civil War, revolutionary guards allegedly drank all of the liquid out of the jar and the head disappeared without a trace.

Even stranger, Peter was allegedly obsessed with the creation of a species of super-humans, and forced his behemoth-guard Bourgeois to marry another giant — a women named Vasilisa. The couple, unfortunately, was unable to bear children, to the disappointment of the Tsar. Nonetheless, upon Bourgeois’ death, the Tsar ordered a death mask to be taken and the facial skin to be removed and padded with straw. At the behest of the Tsar, both objects were placed for public viewing within the confines of the museum.

If one should be up for a taste of the abnormal, there is perhaps no better time for a visit to Peter’s personal “cabinet of oddities.”

Museum secret next to blasphemy

The Museum of Anthropology and Ethnography of Peter the Great of the Russian Academy of Sciences (the Kunstkamera Museum) is thought to be one of richest museums of the world. However, the attitude toward the skull of the legendary naib Haji Murad by the leadership of the museum is surprising for representatives of scientific and creative circles of the Caucasus.

We should ask scientists, staff of the museum, the medical community, whether the skull presents a scientific value.
What should be done with the skull? Should it be buried? Should the issue be publicly discussed?

- I think it should be returned to the Caucasus for sure. As believers, we understand that the situation is wrong. It is blasphemy to bury a skull which was brought many years ago in the 21st century. I think it is inhuman.

There are not enough opportunities for everyone [from Russian journalism] in the foreign media. It is also impossible for everyone to go work at Ekho Moskvy or TV Rain. Besides, no one knows what will happen to these two [remaining independent media outlets] soon. I think Putin hasn’t shut them down because he still needs some imitation of freedom of the press. About ten years ago, a politician from the opposition joked to me that Putin had created his own media zoo. If a Western leader comes to visit Russia and starts blaming him for strangling the freedom of the press, Putin can take that person on a tour of that “zoo.” “In this cage I keep independent radio, and in this one oppositional television. Here is a cage for a magazine for intellectuals, and this large aviary is for independent newspapers—a big one. See how many species we’ve got—and you are telling me that freedom of the press is being strangled!” Now Putin has reduced that “zoo” to a Kunstkamera. Do you remember how Peter the Great had a Kunstkamera—a collection of freaks, such as a newborn calf with two heads? Now independent—not even critical or oppositional—media outlets in Russia are becoming showpieces from a Kunstkamera, like some freak preserved in alcohol. Today, the items on display in Putin’s Kunstkamera are Novaya Gazeta, Ekho Moskvy, and TV Rain. So Putin can say, “Ladies and gentlemen, don’t you say that we haven’t got any independent media.”

In St. Petersburg, the group visited the Kunstkamera museum, which has hundreds of Kashaya artifacts on display. Yuri Berezkin, the curator of Coast Miwok and Kashaya artifacts at the Kunstkamera, received the delegation at the museum. Berezkin said that after meeting the people whose ancestors had made the jewelry and baskets in the collection he “would never see the objects the same way again.”

“It is essential for the Kunstkamera to hear the Kashaya’s comments about the origins and affiliations of the artifacts,” Berezkin said.

The visit was significant for the Americans as well. When Kashaya tribal member Martina Morgan saw the artifacts for the first time, particularly the baskets, she said, “it felt like I had just seen someone that had been away from home for a really long time. Our people believe that when we make something, our spirit, thoughts and feelings go into that basket. So when we hold them, we can feel their energy.” 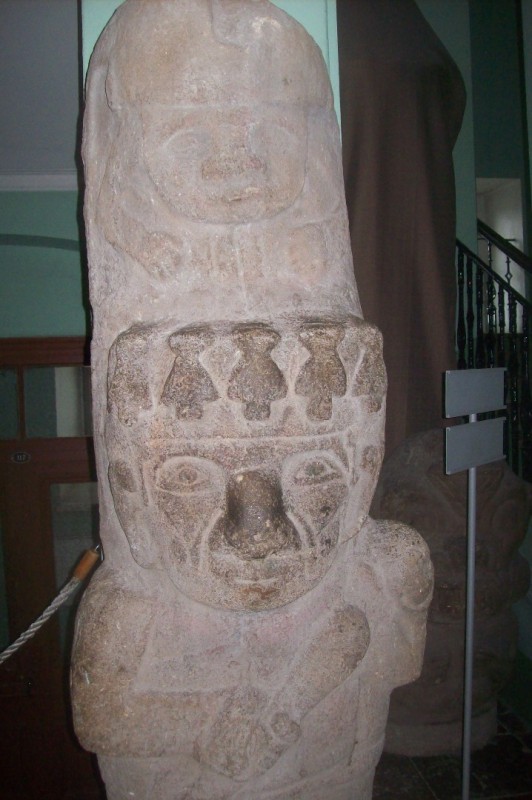 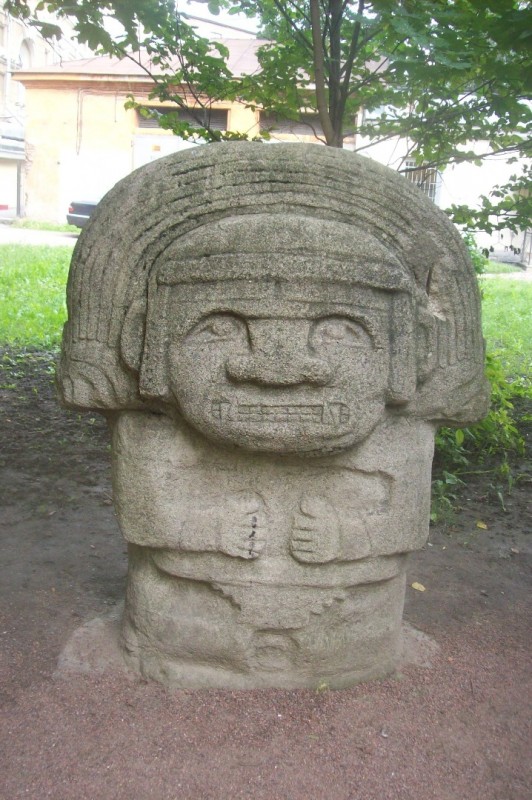 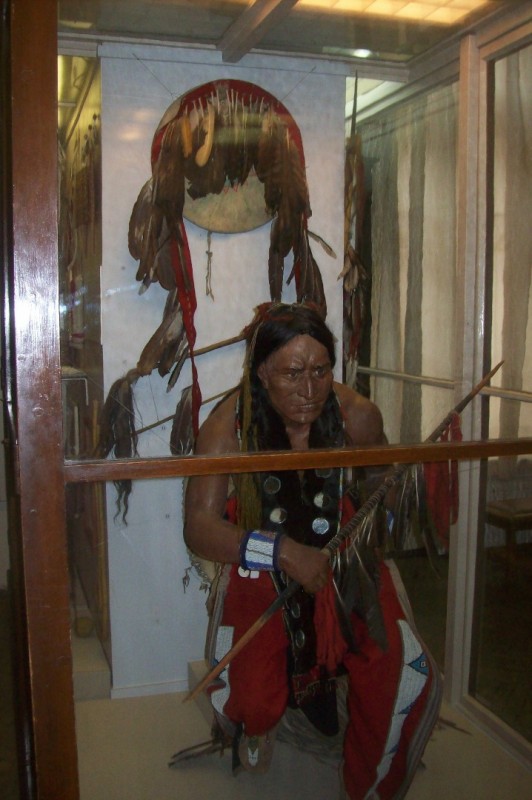 A US Supreme Court ruling has forced the Smithsonian institution to release classified papers dating from the early 1900?s that proves the organization was involved in a major historical cover up of evidence showing giants human remains in the tens of thousands had been uncovered all across America and were ordered to be destroyed by high level administrators to protect the mainstream chronology of human evolution at the time.

Smithsonian whistle blowers admitted to the existence of documents that allegedly proved the destruction of tens of thousands of human skeletons reaching between 6 feet and 12 feet in height, a reality mainstream archeology can not admit to for different reasons 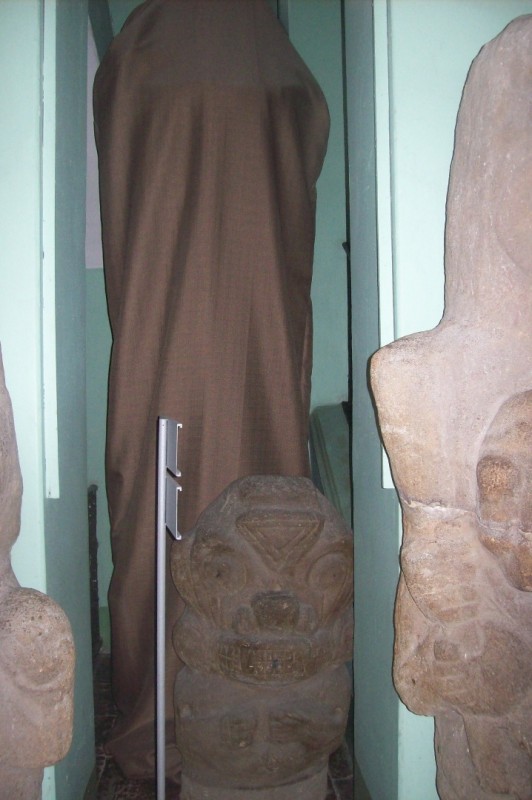 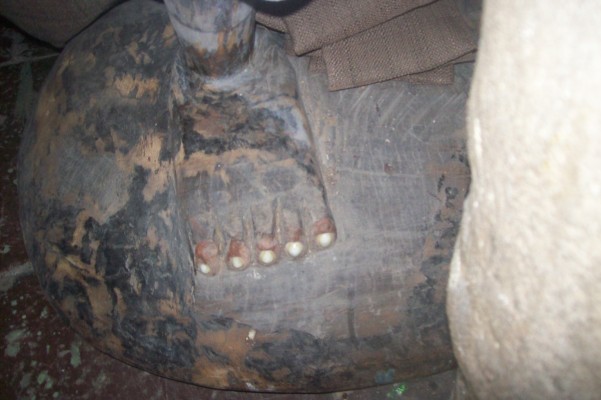 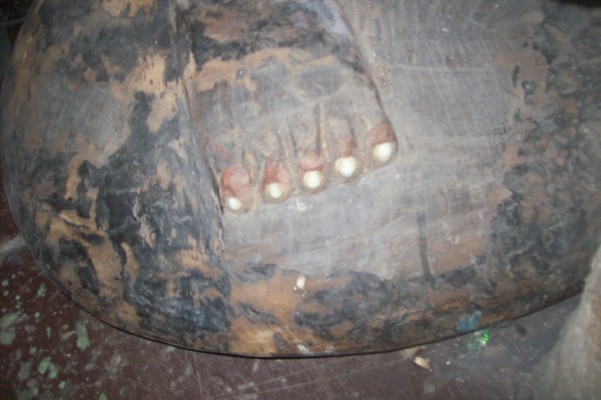 I have been living in Saint-Petersburg about a quarter of a century and I can definitely say that Petersburg is the most Egyptian city in Russia. The city is located on the same meridian as great pyramids are. Walking streets and embankments one can meet plenty of mysterious creatures: lions, griffins, Satyrs, water creatures such as Nymphs and the most mysterious ones: Sphinxes.

There are many other mysterious creatures personifying Saint-Petersburg. But the most puzzled are sphinxes. The sphinx image was used in many historical buildings of Petersburg.
Petersburg is called both North Venice and North Sphinx. 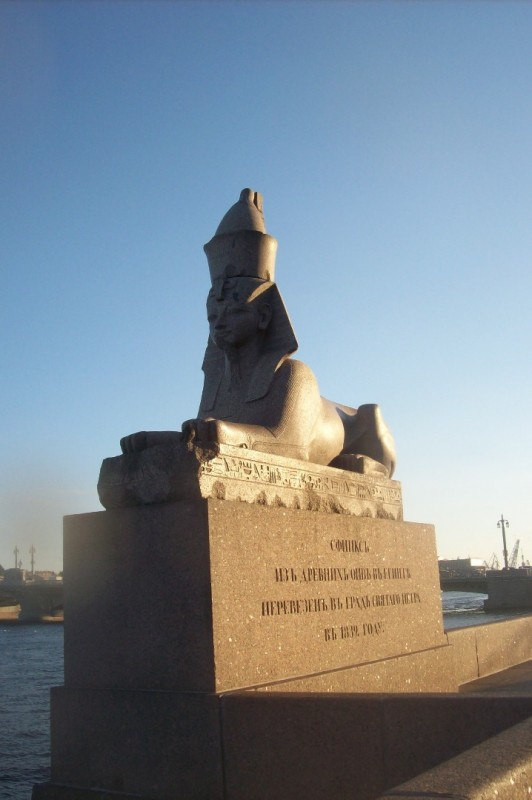 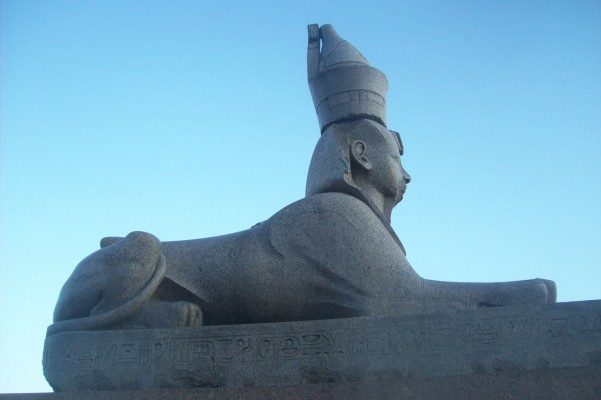 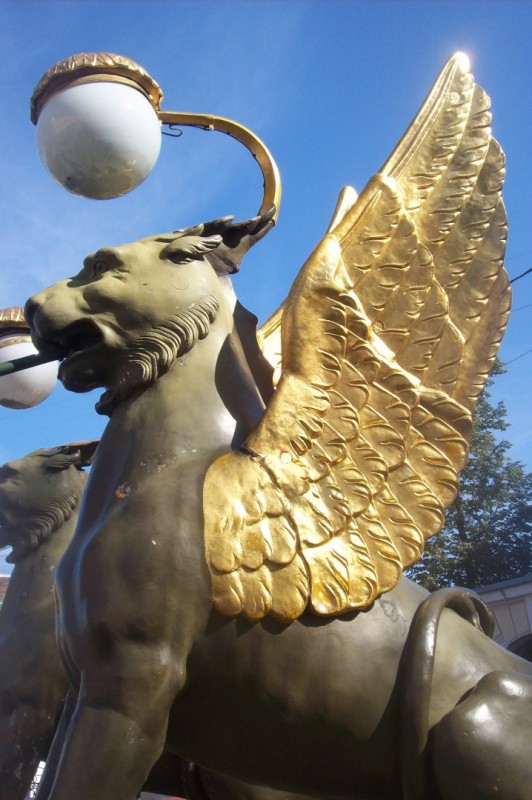 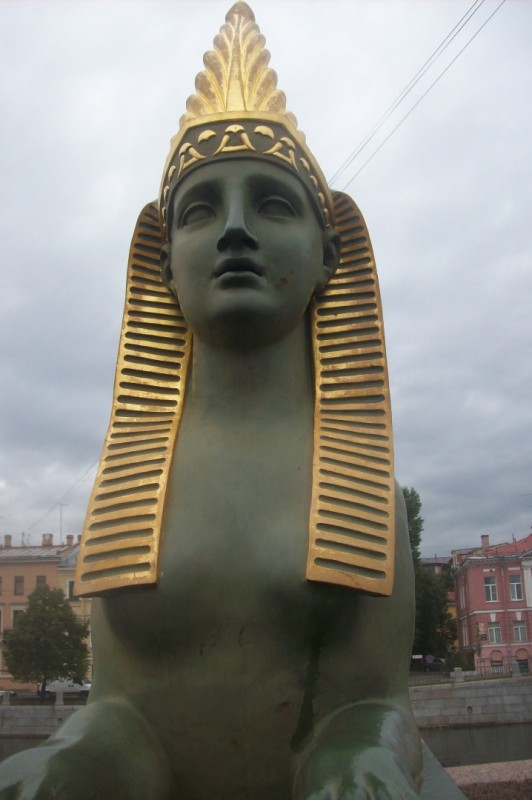 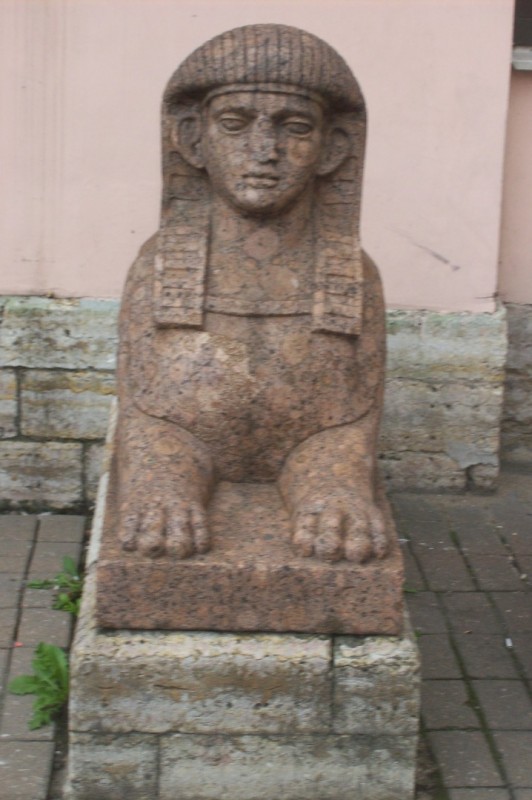 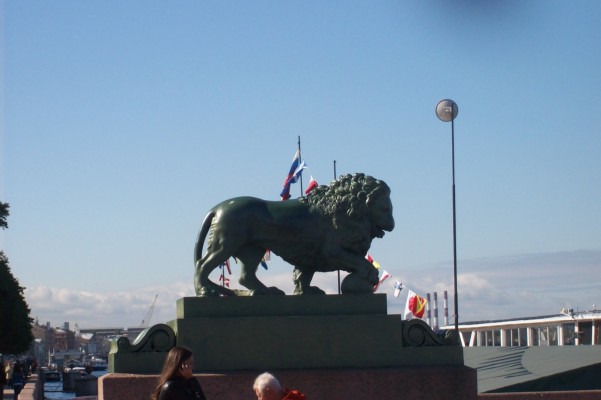 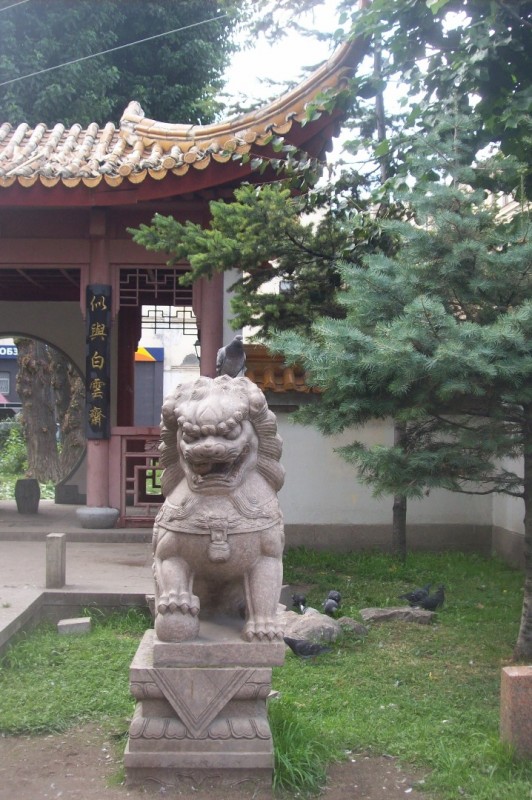 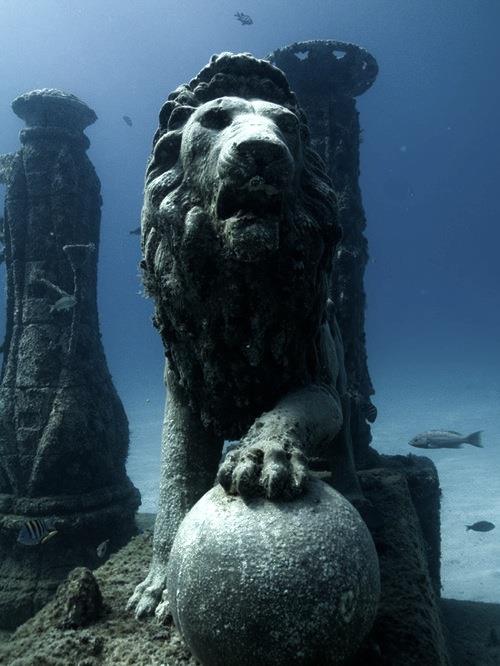 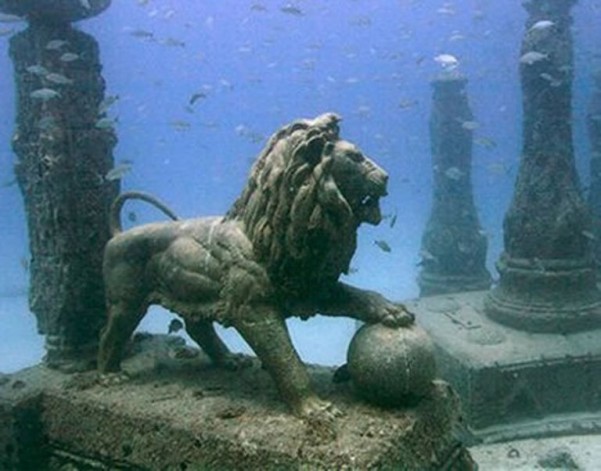 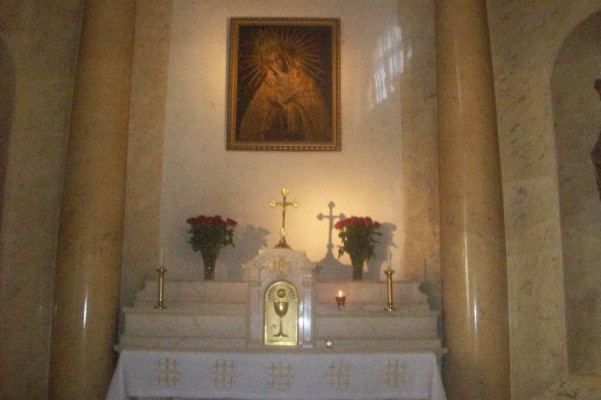 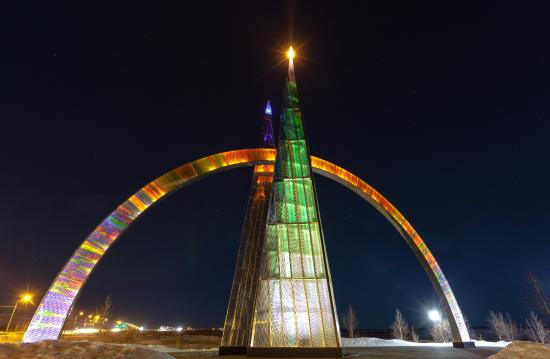 Ancient Arkaim: The Stonehenge of Russia

Incidents reported include magnetic anomalies, strange lights, local fog and other strange phenomena that have attracted alien hunters and researchers alike. Other reports refer to hallucinations and feelings of disorientation at the site. None of this is proven, at least publicly, but astronomers have compared Arkaim to Stonehenge due to similarities in latitude, date and size. That includes astronomical phenomena such as sunsets, sunrises, equinox and solstice.

Who built this settlement and why is certainly a mystery. Active work is still done at Arkaim and may lead to the answers someday.

SCARY MYSTERY OF KUNSTKAMERA IS PUZZLED OUT
The sensation didn't come off
by Ludmila OSOKINA, member of Applied Parapsychology Association

In 1995 in one of St. Petersburg newspapers appeared an article by Tatiana Beloshutskaya about the scary mystery of Kunstkamera, first Russian museum of natural history, founded by tsar Peter the Great. Here's what the article said: "There is a hall in Kunstkamera where people who come to see the exhibition, especially schoolchildren, often fall down in a faint". Stuff members of Kunstkamera said that it might happen up to ten times a day. The article ended with a question: "What is this black pit in the center of the oldest museum in Russia and who's to puzzle out this mystery?"

The article intrigued me and I decided to figure out the cause of such effect. For those who have not been in this hall of Kunstkamera, I shall remind that a collection of anatomic anomalies is put on view here.

I visited this hall and tested the emotional condition of ten different people by a special card-indicator ("FutureHealth"). The test didn't reveal anything unusual except that those people were in condition of either emotional tense or stress. The same testing in other halls showed normal condition of the visitors. Using method of biolocation, I checked for presence of geopathogenic zones - nothing special was found. Besides, no one fell down in a faint while I was there. But cases of faint were actually witnessed by many stuff members of this museum.

Then what was it? Museum stuff members explain it all from a common sense point of view. There are no any geopathogenic zones. The only factor that remains is an emotional one. I turned to one of my fellow phycophysiologists from Military Academy of Medicine. That's how he explained this mysterious phenomenon.

"This is very simple. The cases of faints in Peter's hall are determined by emotional stress caused by sights of anatomic anomalies, and it is children who feel it first. This kind of faint is called "and emotiongenic faint".

Here is another opinion expressed by a famous doctor Vitaliy Bogdanovich, an author of many books on art energetics: "There are many things in Kunstkamera that belonged to civilizations of mythological thinking. This kind of thinking includes the deification of both material and heavenly worlds. People in museum pass through all the history just like the civilization exhibited in the hall. The magic objects affect them differently, and it creates the prerequisites for the following reaction".

First, in Peter's hall there is energy of shape - it's a dome that affect different people differently. Second, young people (10 - 12 years old) are especially sensitive to such things as anatomic anomalies. Besides, many global changes in organism take place at this age. It all gives the prerequisites for phycoemotional frustration that can be expressed both in behavioral reactions (excitement, scream) and in physiological reactions (faint).

Thus my investigation was finished. There is no any "black pit in the center of the oldest museum in Russia". This sensation didn't come off.